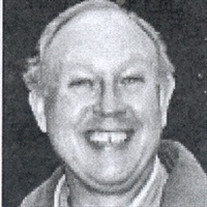 Rick Burns passed away peacefully November 11, 2012, in Medford, Ore. Rick graduated from Crater High School in Central Point in 1960, then attended the University of Oregon. At Oregon he was an outstanding wrestler, placing third in his weight class in the PAC 8 wrestling championship. After finishing his B.A., he attended Dallas Theological Seminary in Dallas, Texas, where he received a Master of Theology degree. Rick and his wife, Susan Burns, have lived in the Rogue Valley since 1971, and were married for 47 years. Rick is remembered as a Christian education pastor for First Baptist Church in Medford, where he worked for over 25 years. Later he served as an associate pastor for Community Bible Church in Central Point and a volunteer chaplain at Rogue Valley Medical Center. Rick was an outdoorsman. He enjoyed fishing and hunting with friends and experiencing the Oregon wilderness. He loved reading, teaching, and counseling people. Family and friends remember him as a humble and kind man. Rick was preceded in death by his parents, Ted and Vega Burns; and his infant daughter, Sarah. He is survived by his brothers, John Burns, of Lafayette, Calif., David Burns, of Tacoma, Wash. and sister, Jane Firestone, of Bend, Ore. He is also survived by his wife, Susan; his children, and their families, Todd and Josie Burns, their children - Taylee, Trudy, Julia and Jarrett; Kirstine and Tom Dunlap, and their children - Matthew, Joshua, and Elizabeth. A service and reception will be held at 10:30 a.m. Saturday, November 17, 2012, at First Baptist Church, 649 Crater Lake Avenue, Medford, Ore. A fund for financial gifts has been established at First Baptist Church for the memorial of Rick Burns. Arrangements are made by Hillcrest Memorial Park and Mortuary. Friends are invited to visit www.hillcrestmortuary.com.

Rick Burns passed away peacefully November 11, 2012, in Medford, Ore. Rick graduated from Crater High School in Central Point in 1960, then attended the University of Oregon. At Oregon he was an outstanding wrestler, placing third in his weight... View Obituary & Service Information

The family of William Fredrick Burns created this Life Tributes page to make it easy to share your memories.

Send flowers to the Burns family.