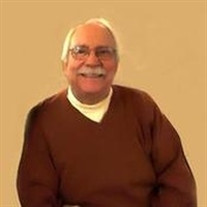 William Franklin Wilson died on July 26th at his home in Medford, Oregon. He was born March 15, 1934 in Siloam Springs Arkansas to William Marcellus Wilson & Lura Oliver Wilson, the 5th of six children. Houston, Texas became home at an early age where Bill attended elementary school and graduated from Lamar High School In 1952. His University of Houston education was interrupted to serve in the US Army. He was stationed in Germany during the Cold War. He completed his University of Houston education, graduating cum laude with a Bachelor of Business Administration degree in 1967. Bill's career was in the food manufacturing and distribution industry, starting with General Foods Maxwell House Coffee Division in Houston. He moved to Frito Lay in Dallas as an industrial engineer working at a variety of locations and was a Frito Lay plant manager during the 1970's. His business journey took him to Washington D.C., New Jersey, Maryland, Pennsylvania, Indiana, Minnesota, back to Texas and finally to Oregon in 1994. Bill retired from The Bear Creek Corporation in 2001 after managing the Western Stores division distribution center. Bill is known for his avid interest in World War II history. He loved books and has an extensive library. His children and grandchildren used the library and talked with him often for many school projects. Crossword puzzles were a daily activity for decades. His Crossword reference library includes many topics in a variety of languages. Football picks (DAS PICKAS) with family in several states, was a weekly activity for 22 football seasons. Bill was a salt water fishing enthusiast (Matagorda Bay, TX), and loved pheasant hunting. He had a soft spot for cats, recently adopting two from the local shelter. Bill enjoyed spending time with family and friends making sure to take the time to act silly with his grandchildren, whom he adored. Everyone will sorely miss his Texan drawl, his love of spicy foods and smoked BBQ, His quick wit, guidance, and charm will also be missed. The impact Bill had on family and friends will continue to live on in their hearts. Bill is survived by his wife Nancy, daughters Marcy Smith (Drew, Sarasota, Florida), Cindy Darling (Carl, Island Lake, IL), step-children Nichole Hester (Darren, Lakeville, MN), Nathan Steiner (Nikki, Richardson, TX), grandchildren Austin, Graham, Adrienne, Corrie, Hank and Charlie, sisters Marcene, Lola Mae, and brothers Tommy and John, many nieces, nephews and friends across the country. He was preceded in death by his parents and brother Robert Wilson. A memorial service will be held at 1:30 PM on Sunday, July 31, 2011, at Hillcrest Memorial Park Chapel in Medford, OR. www.hillcrestmortuary.com

The family of William Franklin "Bill" Wilson created this Life Tributes page to make it easy to share your memories.

William Franklin Wilson died on July 26th at his home in Medford,...