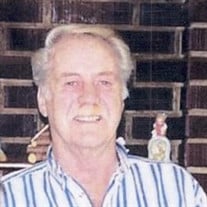 William "Bill" Moore passed away Sunday, January 13, 2013, after a short illness. Bill was born October 26, 1931 in Trenton, Nebraska to parents, Elmer and Elsie Moore. Bill and Darline were married June 21, 2006 in Reno, Nevada and lived happily in Jacksonville, Oregon. Bill retired from 3M Corporation and was an active member of the Medford Moose Lodge. Bill enjoyed hunting, camping, boating and sports. Most of all he loved and cherished his wife and family. Bill is survived by his loving wife, Darline; brother, Gerald; daughters, Pam (Bob) and Becky; son, Bill (Geri); two stepchildren, Daniel and Deanna; and three grandchildren. He was preceded in death by his parents, Elmer and Elsie; brother, Delbert and sisters, Betty and Nadine. Burial will be held at Hillcrest Memorial Park, 2201 N. Phoenix Road, Medford, Saturday, Janaury 26, 2013 at 11:00a.m., followed by a celebration of life at 1:00p.m. at the Medford Moose Lodge, 241 E. Barnett Road, 541-858-8519.

The family of William Henry "Bill" Moore created this Life Tributes page to make it easy to share your memories.