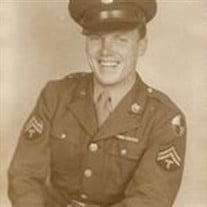 Tommy Lewis Tommy Lewis, born as Thomas Samuel Lewis, passed away Sunday, Jan. 25, 2009. He was born Nov. 15, 1918, in Scranton, Pa., to Thomas John and Lillian (Morris) Lewis. He married Ruth Elizabeth Humphries on March 4, 1944, in Medford, Ore. They were making plans to celebrate their 65th wedding anniversary. Tommy proudly served in the US Army during WWII, and sustained a near fatal wound during the battle at Remagen Bridge. Tragically, Ruth received a Western Union telegram informing her of his death; however, the telegram was sent in error. He had indeed survived, and went on to lead a full and happy life after several years of recovery. The accident gave him an awareness of time and life that few of us come to know. For 90 years, he lived each day to the fullest. As a young husband and father, he ran a delivery route for Snider's Dairy. Later he worked for, and retired from Timber Products; his employment there lasted 30 years. To those that knew him, he was Tommy, the drummer. He played locally with several bands and during the 1950s he appeared on a local musical broadcast every Saturday night. The music he played and enjoyed was a significant part of his life. Unless he was playing it, he was always the first one on the dance floor when the music got started. He loved to tell jokes and was the life of the party. To those of us that loved him, he was really a kick in the ass! He was a member of the Medford Elks and enjoyed racing anything with wheels. He caught the biggest fish and never let you forget it. He could whip you at pool and you never saw it coming. There was nothing he did that he wasn't good at doing. He is survived by his wife, Ruth; their two daughters, Nancy Ramey, and Teresa Kalams; his three grandchildren, who will miss him greatly, Scott DeHaas, Nicole DeHaas and Brittany Lee. Tommy is also survived by his nine great-grandchildren. We all loved him and are thankful for the love he generously gave us. Private family services will be held at Hillcrest Memorial Park & Mortuary in Medford. www.Hillcrestmortuary.com

The family of Tommy Lewis created this Life Tributes page to make it easy to share your memories.

Send flowers to the Lewis family.