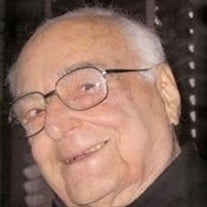 Preston Teel Hobbs Jr., age 93, of Medford, Ore., passed away of natural causes Saturday, September 10, 2011. He was born March 14, 1918 in Tampa, Florida to Preston Teel Hobbs Sr. and Lucile E. (Morris) Hobbs. Preston lived in Oregon since 1934 and moved to the Rogue Valley in 1956. He married Dorothy Marie Miller in 1951 in Portland, Ore. Preston served in the US Army from 1940 to 1945. He was stationed state side in Australia and New Guinea, rising to the rank of 1st Lt. through Officer's Candidate School in Australia. In his teens, he worked with his father as a saw filer in multiple lumber mills and continued in business ventures in the Portland area. In 1957, he began worked in sales for Cal-Ore Machinery until his retirement. He was a member of the Portland Masonic Lodge Shriners and was a founding member of the local chapter of the Early Ford V-8 Club, the Crater Lake Regional Group. Preston received multiple national honors for his restoration of several Ford V-8 vehicles. During the 1960's Preston was involved with the Boy Scouts of America, locally with Troop 3. He enjoyed time off with his family at Lake Shasta, boating and water skiing, fishing for trout and camping at Fish Lake and wilderness areas. During his retirement, he and Dorothy travelled the US and participated with the V-8 Ford national activities. Survivors include his sons, Dan (Lynn) Hobbs and Dave (Terri) Hobbs of Medford; brother, Walter Hobbs of Granite Falls, Wash.; eight grandchildren; and eight great-grandchildren. He was preceded in death by his wife Dorothy in 2005, his parents and a brother and a sister. Memorial services with military honors were held on Wednesday, September 21, 2011, 11:00 a.m., at Eagle Point National Cemetery. Following the service will be a reception at Arthur's, located at the Eagle Point Golf Course. Donations may be made in Memory of Preston Hobbs, to Guide Dogs for the Blind, account #06-03, P.O. Box151200, San Rafael, California, 94915-1200. Arrangements by Hillcrest Memorial Park and Mortuary, Medford, Ore., 541-773-6162. www.hillcrestmorturary.com.

The family of Preston Teel Hobbs created this Life Tributes page to make it easy to share your memories.

Send flowers to the Hobbs family.