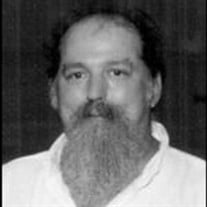 Steve Green Steve Green, 47, died Wednesday, March 26, 2008 in Phoenix, Ore., as the result of an automobile accident. Steve was born in Alturas, Calif., on April 6, 1960 to parents, Donald and Pauline Green. Steve moved to Medford in 1998... View Obituary & Service Information

The family of Steve Green created this Life Tributes page to make it easy to share your memories.

Send flowers to the Green family.