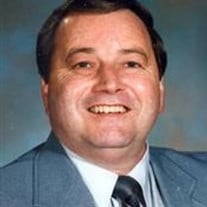 Riley Winchell, 75, of Medford died at home on Saturday, June 11, 2011. He was born to the late William Otis and Martha Winchell on October 5, 1935 in Broken Bow, OK. Riley moved to Medford with his parents and five siblings in 1950 partially traveling along the same route formerly known as the Oregon Trail. Riley graduated from Medford Senior High School in 1953 and received a B.S. and M.S. in English from Southern Oregon College in 1957 and 1963 respectively. After serving as a personnel specialist in the U.S. Army from 1958-1960 including one year in Seoul, South Korea, Riley returned to the Rogue Valley where he taught English, literature and journalism at Medford Senior High School from 1961 until his retirement in 1989. From 1961-1966, he served as adviser for the Medford Senior High yearbook. The 1966 yearbook was selected as one of the top ten yearbooks in the nation for schools of its size. In addition, Riley also taught adult education classes in English. In his retirement, Riley enjoyed watching NASCAR and Oregon Ducks sports, listening to music (especially Roger Miller and Johnny Cash), and discussing literature. Riley is survived by his four children: Kurt Winchell and wife, Melissa, of Eugene, Derek Winchell and wife, Michele of Eagle Point, Hilary Winchell of San Mateo, CA, and Paul Winchell of Medford, OR; his grandchildren: Marc Bever, Matt Bever, Megan Winchell, James Winchell and Mahayla Winchell; his great-grandson, Makis Bever; his siblings: Wilma McUne and husband, George, of Roseburg, Wilcey Winchell of Winston, Dewanda Hall and husband, Larry, of Medford; Marida Spencer and husband, Mike, of Sherwood, OR; and Otis Winchell of Medford;; his many nieces and nephews; and his cat, Zumi. Donations in Riley's honor can be made to the American Diabetes Association or the Juvenile Diabetes Research Foundation. A memorial service will be held at 11:00 a.m. on Thursday, June 16, 2011 at Eastwood Baptist Church, 675 N. Keene Way, Medford, OR. Private family entombment will be in Hillcrest Memorial Park, Medford, Oregon.

Riley Winchell, 75, of Medford died at home on Saturday, June 11, 2011. He was born to the late William Otis and Martha Winchell on October 5, 1935 in Broken Bow, OK. Riley moved to Medford with his parents and five siblings in 1950 partially... View Obituary & Service Information

The family of Riley Winchell created this Life Tributes page to make it easy to share your memories.

Riley Winchell, 75, of Medford died at home on Saturday, June...

Send flowers to the Winchell family.