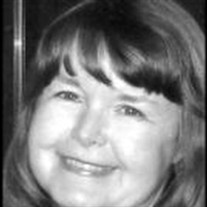 Rachelle C. Sherbourne Rachelle Sherbourne, 63, passed away on July 31, 2009 at her home in Medford, Ore. She is survived by her father, Raymond Huey of La Canada, Calif.; husband, Mel Sherbourne; son, Boyd (Jan Chmelir) Sherbourne; daughter, Colette (Jim) Meyer; and granddaughters, Lauren Meyer and Emma Meyer, all of Medford; granddaughter Savannah Sherbourne, of Wildomare, Calif.; sisters, Rareen (Jerry) Calahan, of Amarillo, Texas and Renee (Jerry) Hornbeak, of Laguna Beach, Calif.; nephew, John Hornbeak, of Oxford, England; and niece, Dana Hornbeak, of Durham, N.C. She was preceded in death by her mother, Corrine Huey. Rachelle Corrine Huey was born on July 29, 1946 in Oak Park, Ill. As a young child she and her family moved to La Canada, Calif., where she grew up. A natural beauty, she was a debutante in the 1960s. She graduated from John Muir High School in Pasadena in 1964 and later attended Pasadena Community College. In 1965, she met Mel Sherbourne at DC Santa Barbara and they later married and moved to Medford in 1968. They had been married for 43 years at the date of her passing. Over the years Rachelle was active helping others. For nearly two decades, she was a volunteer at Rogue Valley Medical Center. She did many kind deeds for people, quietly and with humility. She was a talented artist and painter and played the piano. She learned sign language and was a voracious reader. She loved animals, and trips to the coast. She had a great sense of humor. One of her favorite activities was to sit on her deck at home, enjoying the sunshine and beautiful mountain views. But most of all she enjoyed spending time with her family and friends. In recent years her health had been in decline, as she suffered from fibromyalgia, strokes and other ailments. Her deep, personal Christian faith gave her peace and strength during these times. Rachelle was truly one of a kind --a beautiful person inside and out. She had a gentle and quiet spirit and was one of the most kind-hearted and thoughtful persons that most people had ever met. She was always thinking of others and giving of herself. She was simple, focusing on people rather than material possessions or appearances. The greatest joys and lights of her life were her grandchildren. For those who knew and loved her, she will forever remain in our hearts. Arrangements are being handled by Hillcrest Memorial Park, Medford, Ore. 773-6162 www.hillcrestmortuary.com. In lieu of flowers, be kind and loving to others as she always was.

The family of Rachelle Sherbourne created this Life Tributes page to make it easy to share your memories.

Send flowers to the Sherbourne family.