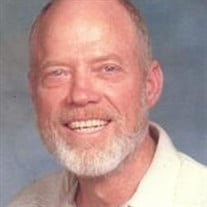 Orrin Charles Ogier was born on December 11, 1924, in Burbank, California, and departed this life in Medford, Oregon, on June 20, 2012, at the age of 87 years. He was the second child and first boy born to Charles Dumont and Gertrude Mabel (Gurney) Ogier. He grew up and attended schools in the Holtville, California area of Imperial Valley and attended the Holtville Friends Church. In 1946 he graduated from Pacific College (now known as George Fox University) in Newberg, Oregon. On June 13, 1947, at the Newberg Friends Church, he married Ilene Brown, who survives. After their marriage they lived in Jennings Lodge and later in Gladstone, Oregon, while he attended Western Evangelical Seminary. After pioneering a small church near O'Brien, Oregon, they moved to Medford in 1952, where they have lived for the past 60 years, parenting four children and attending the Medford Friends" Church. He was also involved in the tape ministry at the Applegate Christian Fellowship for a time. Orrin's employment in the Rogue Valley included Gilman's Dairy, Elk Lumber Co., twenty years as a social case worker and supervisor for Jackson Co. Public Welfare, and as manager at North's restaurant for a brief time before his retirement. Orrin was an avid tennis and horseshoe player. He and Ilene enjoyed RV trips and camping together with their family at the coast. Surviving, in addition to his wife, with whom he has just celebrated their 65th anniversary, are a brother: Martin Dale of Jeffersonville, Indiana; a sister: Orma Irene Prentice of Flagstaff, Arizona; three sons: Stephen Charles of Hillsboro, Oregon, Ronald Orrin of Port Angeles, Washington; Gary Lynn of Vancouver, Washington; a daughter: Divonna Ogier Ratliff of Portland, Oregon; seven grandchildren: Elizabeth Stoecker, Brian, Caleb, Leah, Anna Ogier, Katherine Ratliff and Matthew Turcotte; five great grandchildren: Kellen, Brielle and Maiya Ogier, Lauren and Jenna Stoecker. Preceding him in death were his parents and two sisters: Ardell Waters of Quincy, California and Verdalyn Roderick of Rio Rico, Arizona. A memorial service was held on Saturday, June 30, 2012 at 3:00 p.m. at the Medford Friends Church, 525 DeBarr Ave.,with Pastor Mark Burton officiating, followed by a committal service at Hillcrest Memorial Park and Mortuary,2201 North Phoenix Road, Medford, Oregon at 5:00 p.m. Viewing was held on Friday, June 29, from 3:00 to 7:00 p.m., Memorial contributions may be made to the Medford Friends Church (Building Fund) or George Fox University (Sports Fund) 414 N. Meridian Street, Newberg. Oregon 97132. Hillcrest Memorial Park & Mortuary, Medford, OR. are in care of arrangements. www.hillcrestmortuary.com

Orrin Charles Ogier was born on December 11, 1924, in Burbank, California, and departed this life in Medford, Oregon, on June 20, 2012, at the age of 87 years. He was the second child and first boy born to Charles Dumont and Gertrude Mabel (Gurney)... View Obituary & Service Information

The family of Orrin Charles Ogier created this Life Tributes page to make it easy to share your memories.

Send flowers to the Ogier family.