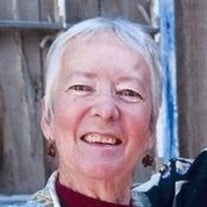 US Olympic athlete Mary Margaret Perry died in Medford, Oregon, on June 4, 2012, at the age of 69. She died peacefully at her home of a rare disease, multiple system atrophy, which she had battled for eight years. Mary was born in Burbank, California, in 1943, the youngest and only daughter of four children. Her passion for the sport of volleyball began when she enrolled in Pierce Jr. College, and it grew after that when she pioneered interest the sport, forming a Southern California women's volleyball team, the Renegades. In 1963, Mary was chosen for the US Women's Volleyball Team to compete at the Pan American Games in Sao Paulo, Brazil. The team won the gold medal. At the top of her sport throughout the 1960's, she went on to participate in two Olympiads in 1964 in Tokyo and the 1968 Olympics in Mexico City. After graduating from California State University at Northridge in Physical Education in 1971, Mary taught and coached a variety of sports, first at Punahou School in Honolulu, and later at Cal State Hayward. She was awarded her Master's degree in Phys Ed, and also a Master's in Education. In 1986, Mary and her partner Sue Schilling moved to Ashland, Oregon, and Mary began assisting with coaching of women's volleyball at then-Southern Oregon State College (now Southern Oregon University). At the same time, she received her third Master's degree, this one in Psychology from SOSC, and her interests shifted to coaching senior citizens in physical fitness, especially through the Southern Oregon Elderhostel program. She produced the widely acclaimed fitness video for seniors, "Early Morning Stretch with Mary Perry." With her Master's in Psychology, she worked with geriatric patients through Jackson County Mental Health Services until her retirement in 2002. She also worked part-time as a personal fitness trainer through the YMCA. In 2009, Mary was awarded the Flo Hyman All-Time Great Player Award and was inducted into the US Volleyball Hall of Fame. She was also inducted into the LAUSD Sports Hall of Fame in 2010, and into the Pierce College Athletic Hall of Fame in 2012. Mary is survived by her three brothers; Irv, Doug and Charles Perry and their families; and by her partner of 33 years, Sue Schilling; and by a host of devoted friends. A celebration of Mary's life is planned for Sunday, September 2, 2012, 1:00 pm at 1950 Suncrest Rd., in Talent. Lite refreshments will be served after the service. In lieu of flowers, memorial contributions may be made to Hospice in Ashland, Oregon; or to the Multiple Systems Atrophy Awareness Organization (www.msaawareness.org); or to the Humane Society. Grateful acknowledgement to Hillcrest Memorial Park & Mortuary in Medford (www.hillcrestmortuary.com) for their compassionate handling of arrangements.

US Olympic athlete Mary Margaret Perry died in Medford, Oregon, on June 4, 2012, at the age of 69. She died peacefully at her home of a rare disease, multiple system atrophy, which she had battled for eight years. Mary was born in Burbank, California,... View Obituary & Service Information

The family of Mary Margaret Perry created this Life Tributes page to make it easy to share your memories.

Send flowers to the Perry family.