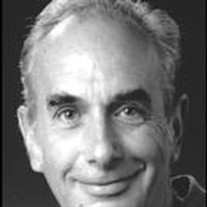 Leonardus Johannes Jansen Leonardus Johannes Jansen, 77, of Medford, Ore., on Dec. 8, 2009 at his home. There will be a funeral mass at 8:30 a.m. on Monday, Dec. 21, 2009, at Sacred Heart Catholic Church, 517 W. 10th St., Medford OR 97501. A memorial service will be held on Monday, Dec. 21, 2009,3pm at Hillcrest Memorial Park Chapel, 2201 N. Phoenix Rd., Medford, OR 97504. Father Liam Cary of Sacred Heart Catholic Church will officiate the services. In lieu of flowers, memorial contributions can be made to the Oregon Humane Society, 1067 NE Columbia Blvd., Portland, OR 97211. He was born on Sept. 18, 1932 in Pladjoe, Dutch East Indies. On June 23, 1962 in Canoga Park, Calif., he married his wife Regina, who survives. Leonardus Johannes Jansen, or 'Leo' as his friends referred to him, was born to Hendrikus Jansen and Gerarda Koster on Sept. 18, 1932, in the town of Pladjoe, Sumatra the Dutch East Indies (now Indonesia), a Dutch territory at the time. Hendrikus was an engineer for the Royal Dutch / Shell Group, building bridges and roads to the oil rich fields in that region. The Dutch East Indies was an exotic paradise in the early 1900's and came to a crashing halt at the outset of World War II. In March of 1942, the Japanese invaded the island of Sumatra and Leo was separated from his father, never to see him alive again. Leo and his mother were placed in a Japanese concentration camp where they endured the cruelties of war for two and a half years until the War's end in 1945. Upon their return to Holland, Leo was reunited with his older bother Hank and sister Lies. He attended the Hogere Burgerschool - Division A and the R.C. Lyceum School at Hilversum. Leo studied accountancy and foreign languages. In 1954 he began his two-year service to the Royal Dutch Air Force, achieving the rank of Lieutenant. Upon completion of his military service Leo set out on a career in accounting and worked for firms such as Siemens and Burroughs in Holland. Then in May of 1961, Leo immigrated to the United States making roots in Southern California. He worked for a large pharmaceutical company - Riker laboratories - and met his wife of 47 years, Regina Mayr. They adopted their only child, Alex, in 1965. In 1974 Leo and Regina purchased the White Motel in Ashland, Ore. Leo was active in the Ashland business community, making many long lasting friendships. Slowly they built up the business, replacing old buildings with new and eventually changed the name to the Hillside Inn. He and Regina developed a following of guests returning annually who enjoyed their personal touch to the hospitality industry. Countless numbers of Ashland families stayed with them when moving into the Ashland area. In 1993, Leo and Regina set out on retirement to their home in the foothills of Medford, Ore. Leo enjoyed travelling, having made numerous trips back home to Europe. He spoke four languages fluently and parts of several others. Leo was a gentle man who was always patient and kind to others in his presence. He enjoyed the company of others and had that special Dutch wit and humor about him as he made his way through this life. His wife Regina, sister Lies, son Alex and three grandchildren survive him. He will be missed very, very much. Arrangements by Hillcrest Memorial Park & Mortuary, Medford, OR. 541-773-6162 www.hillcrestmortuary.com

The family of Leonardus Jansen created this Life Tributes page to make it easy to share your memories.

Send flowers to the Jansen family.