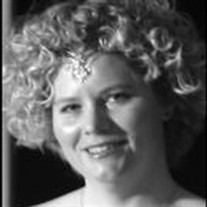 Katrin Mosby (K.C.) Katrin Mosby (K.C.), 38, of Ashland, Ore., passed away Thursday, Nov. 12, 2009 in Chiloquin, Ore. Katrin was born on Jan. 11, 1971, in Medford, Ore., to Becki and Gary Chriss. She lived in Phoenix and Ashland. K.C. lived her early years in Roseburg where she developed her love of the outdoors by camping and backpacking with her family. Growing up, she loved to hike in the Cascade Mountains, play under the waterfalls near the North Umpqua River and swim in its frigid waters until she turned blue. She was very active in sports, playing soccer in grade school and later, playing softball for Phoenix High School, where she attended after her family moved to Phoenix from Roseburg in 1985. K.C. had a special gift with animals and was a Junior Ranger at Wildlife Safari in Winston, Ore., at 12 years old. Anytime she found a stray animal, it immediately became part of the family until she could find it a new home. Throughout her life, she was devoted to her pets. She adopted several animals from local shelters, giving them the love and attention they deserved. K.C. had a wide range of interests and talents. She was an accomplished musician, playing the trumpet and bugle for the Phoenix High School Jazz Band and later, playing the bass guitar in the band at the church she attended here in the Rogue Valley, for the Rivergate Worship Team. Besides sports, music and outdoor interests, she was an expert marksman. She joined the National Guard shooting team while still in high school, taking first place in the Oregon Governor's Cup Shooting Competition. In 1989, K.C. graduated from Phoenix High School and entered the U.S. Air Force as a Security Specialist. She served in Osan, South Korea and Honduras. She was also stationed in Spokane, Wash. and Great Falls, Mont. She received numerous awards for her outstanding job performance. She frequently served as Honor Guard and played taps for military funerals around the nation. She was greatly missed when she left the service to attend Northwest College in Kirkland, Wash., where she earned a B.S. in Behavioral Sciences. After she graduated, she returned to Oregon settling in Phoenix, near her family. She met and fell in love with David Mosby, who she married on Jan. 27, 2007, in Ashland. She became his partner in running the family ranches in Ashland and Chiloquin, Ore. It was on a work-related trip to help at the Chiloquin ranch that she was involved in the unspeakably tragic auto accident that ended her life. K.C.'s family and friends know her to have been one of the most generous, kind and selfless people anyone could know. She was fiercely loyal to her family and friends and was the first to help anyone in need. She recently joined the CERT (Community Emergency Response Team) group in Ashland, Ore., as a volunteer to help in emergencies. She served her community, her country but firstly, her God. The world is truly a much sadder place without her beauty, grace and love. Writing this is the hardest thing her family has ever done. K.C. is survived by her parents, Gary and Becki Chriss; husband, David Mosby; stepdaughter, Sarah Moriah Mosby; sister, Shawna Chriss; brother-in-law, David Goodwin; aunt, Reni; uncle, Bill; and cousins, Kendell and Keanon Ferguson. A viewing will be held from 3-7:30 p.m. Thursday, November 19th at Hillcrest Mortuary. A memorial service will be held at Rivergate in Ashland on Friday, November 20th at 12:00 p.m. Arrangements by Hillcrest Memorial Park and Mortuary, Medford, Ore. 773-6162 www.hillcrestmortuary.com

The family of Katrin Mosby created this Life Tributes page to make it easy to share your memories.

Send flowers to the Mosby family.