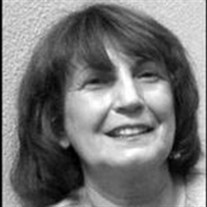 Kathryn "Kitty" Nouguier Kathryn "Kitty" Nouguier, 63, died Oct. 23, 2009, at her Medford, Ore., home of 43 years. A graveside service will be held Thursday, October, 29th, 1 p.m. at Hillcrest Memorial Park, 2201 North Phoenix Road, Medford, OR. Former Sacred Heart Priest, Robert Kruger will officiate. Mrs. Nouguier was born Kathryn Ann Grant in Claremore, Okla., on Dec. 13, 1945 to William and Elsie Grant. When Kathryn was two years old, the entire Grant family moved from Oklahoma to the Central Valley of California, like so many other families at that time. They settled in the farming town of Corcoran. She attended and graduated Corcoran High School in 1963 and received her Associates Degree at the College of the Sequoias in 1966. She married her husband of 43 years, Raymond Nouguier on Aug. 20, 1966, at Sacred Heart Catholic Church in Medford. Together they raised two sons, John Nouguier, 41, of Portland, and Mark Nouguier, 38, of Medford. Despite battling rheumatoid arthritis for over 50 years, Kitty was an accomplished seamstress, Ukrainian Easter egg artist and tireless social services volunteer. Kitty is survived by her husband, Ray; son, John and his wife, Beth and their daughters, Madison and Quinn; son, Mark and his wife, Kelly and their daughters, Katelin and Audrey; two brothers; four sisters; many brother and sister-in-laws; and many nieces and nephews. She was preceded in death by her mother; father; brother, Robert Grant; and sister, June Lasota. Kitty dedicated much of her life to helping those less fortunate. To honor this legacy, please consider a donation to ACCESS, Inc., 3630 Aviation Way, Medford, OR 97504, www.access-inc.org , in lieu of flowers. Arrangements by: Hillcrest Memorial Park & Mortuary, Medford, OR. 541-773-6162 www.hillcrestmortuary.com

The family of Kathryn Nouguier created this Life Tributes page to make it easy to share your memories.

Send flowers to the Nouguier family.