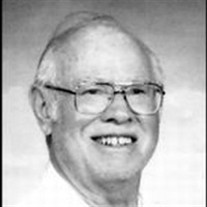 Joseph Morris Tucker Joseph Morris Tucker passed away peacefully on May 22, 2008, at the age of 87. Morris was born May 15, 1921, in Sacramento, Calif., to Emmitt M. and Della I. (O'Donnell) Tucker. He married Radina Petersen on June 28, 1941, in Lawndale, Calif. After serving in the U.S. Navy during WWII as a machinist, Morris moved to the Rogue Valley to help his family establish Tucker Sno-Cat Corporation. His father invented the Tucker Sno-Cat in the 1940s, and Morris was the general manager of the family business for several years until his retirement in 1986. Morris had a deep love for the beautiful Rogue Valley and built several residences in the area. He took up flying in the 1970s an interest that had been sparked in his high school days, and studied astronomy after his retirement. In connection with his work and for personal pleasure, he visited many places in the world. His other interests included mechanics, antique cars, and camping. He is preceded in death by his first wife, Radina, in 1974; and his son, Tungsten Tucker, in 1998. He is survived by his daughter, Nellie Elliker, of Eugene, Ore.; his second wife, Lenora Crom Tucker, and her children, Albert Allen and Connie Chappell, all of Medford; a brother, Jasper Tucker, of Salem; and five grandchildren. No funeral service is planned. Arrangements are by Hillcrest Memorial Park and Mortuary, Medford. 773-6162. www.hillcrestmortuary.com

The family of Joseph Morris Tucker created this Life Tributes page to make it easy to share your memories.

Send flowers to the Tucker family.