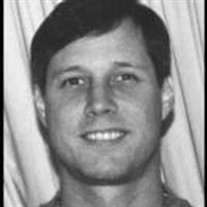 John Orr Musser May 28, 1959-Nov. 4, 2009 John Orr Musser, 50 years old, passed away on Nov. 4, 2009, at his home in Rogue River, Ore. John grew up in Southern Ore., he moved to Coos Bay where he had an assortment of jobs and where he accepted a position with Sause Brothers Ocean Towing. This job sent him to Honolulu, Hawaii for five years. John left Sause Brothers for a short time to return to Portland where he worked for Advanced American Construction, and continued his maritime education. Eventually John found his way back to Sause Brothers where he worked as a Tankerman/Bargemaster until January 2009. John loved to work on cars and motorcycles and he was an accomplished mechanic. John had a quick wit and great sense of humor! No one could tell a story like Johnny!! John will be remembered by family and friends for many things and will be missed by all who knew him. John is survived by his parents, Norma Orr, John and Sandi Musser; sisters, Mary Kay Lewis and her husband, Keith and Gigi Orr and her husband, Dave. He is also survived by many nieces and a nephew. John was preceded in death by his grandparents, John and Vivian Orr, Guy and Zelma Musser; brother, Patrick Musser; and niece, Madilyn Moser. A celebration of life will be held at Hillcrest Memorial Park, Saturday, Nov. 14, 2009 at 3:00 p.m., 2201 N Phoenix Rd., Medford, Ore. Contributions may be made to The Humane Society or The American Cancer Society. Arrangements By: Hillcrest Memorial Park & Mortuary, Medford, OR. 541-773-6162 www.hillcrestmortuary.com

The family of John Orr Musser created this Life Tributes page to make it easy to share your memories.

Send flowers to the Musser family.