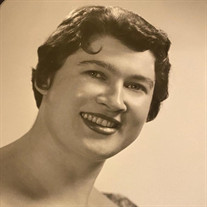 Loving wife, sister and mother Jacqueline (Jackie) Nell Donnelly passed away peacefully in her sleep March 6, 2022 in Medford Oregon surrounded by loved ones following a short bout with brain cancer. Born Jacqueline Kennedy on Dec.5, 1936 in Edmond Oklahoma, Jackie moved to San Francisco during the Dustbowl the following year. After living in a basement apartment in Chinatown for 4 years she moved to a small home in nearby Daly City. In 1947 she moved to Sutherlin, Oregon where, having skipped 5th and 7th grades, she graduated Sutherlin High School at age 16. Two years later she received a degree from Heald Business College (SF) preparing her for a career in the Insurance industry lasting more than 40 years. In 1958, she met & married the love of her life, recent Navy veteran William (Bill) Donnelly in Drain, Oregon. They moved to Roseburg where Bill built Indian Lanes bowling alley. They were inseparable for nearly 59 years. In 1959, they were blessed with twin sons Ken and Kurt, followed by Ric in 1963. Though she raised 3 boys, she was also ‘mom’ to their many of their rambunctious friends. It wasn’t uncommon to see several boys playing sports on Filbert Ave., or enjoying a bowl of her famous homemade chili and cornbread or biscuits, or satisfying their sweet tooth with a few too many of her double-fudge chocolate chip cookies. Jackie was a member of Eastern Star, and supported Bill in the local chapter and State DeMolay organizations. She loved playing cards: Pinochle, Hearts, Cribbage. Bridge was her specialty. She became a Life Master, the highest honor, and helped others achieve that goal during her many successful bridge tournaments. Jackie is survived by her only sister, Katherine Kennedy of Phoenix AZ, sons Ken (Jan) of San Francisco, Kurt (Maria) of Walnut Creek, CA & Ric (Xinia) of Medford, OR, grandchildren Jacqueline (Scott Pitchford) of Danville, CA, Demetra (Michael Peterson) of Walnut Creek CA, William Donnelly of Medford, Halle Donnelly of Salt Lake City, great granddaughters Adalyn Demi and Livi Rhea Pitchford of Danville. She is preceded in death by her father Daniel Boone Kennedy, mother Frankie Elizabeth (Allen), and husband Bill. Private services will be held in Eagle Point, OR. In lieu of flowers please make donations to St. Jude Children’s Hospital.

The family of Jacqueline Nell Donnelly created this Life Tributes page to make it easy to share your memories.

Send flowers to the Donnelly family.