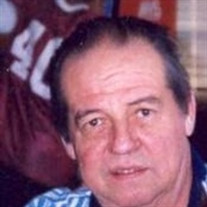 Ivey L. Axhelm Ivey Louis Axhelm, age 74, of Talent, OR. passed Monday, July 30, 2012 at his home. He was born March 22, 1938 in Clay City, IL. To Ivey Willis & Helen Olive(Peterson) Axhelm. Ivey served honorably in the US Navy from 1955-1958 as an aircraft mechanic. After the service he worked on the Trans Alaska Pipeline from 1972-1986 as a heavy equipment mechanic with the #302 Operating Engineers of Alaska. In 1986 in Talent he started the Pro Tile Rack business which he ran until just recently selling. Ivey enjoyed fishing at the coast, traveling, sand rails at the dunes and any kind of a challenge! Survivors include three sons' John Axhelm of North Pole, AK., Jeff Axhelm of Fairbanks, AK., and Kevin Axhelm of Stayton, OR, a daughter Kim Healy of Lebanon, OR., three sisters; Emma Jean, Susan and HoneyLou, seven grandchildren; Ashley, Nathan, Nick, Cody and Nichole Axhelm and Jimmy and Blair Healy, a great grand daughter MacKenzie Axhelm.. Private family interment has taken place at Eagle Point National Cemetery. A public celebration of life ceremony was held Saturday, Aug. 4, 2012 in the Crater Lake Room of the Red Lion Motel, Medford, OR. Hillcrest Memorial Park & Mortuary in care of arrangements. www.hillcrestmortuary.com Thank you to all who attended.

The family of Ivey Louis Axhelm created this Life Tributes page to make it easy to share your memories.

Send flowers to the Axhelm family.