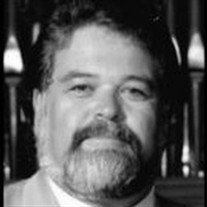 George E. Bailey George E. Bailey, 65, of Medford, Ore., beloved husband, brother, father and friend, died Wednesday, June 16, 2010 at home. He was born March 23, 1945 in Whittier, Calif., the son of the late Virginia and Kenneth Bailey and is preceded in death by his son, Robert Kenneth Bailey. George graduated from Artesia High School in Whittier and later worked as a Deputy Sheriff for the City of Industry in Los Angeles. He moved to Medford in 1979, with his son, Christopher, and worked for Lithia Motors until his retirement in 1999. It is here that he met his wife, Virginia Gini Bailey, whom he married in 1996 and shared thirteen wonderful years. George loved life, he loved his family and he cherished his friends. He was an active member of the Rogue Valley Street Rods (RVSR) serving as President, Secretary and Editor, entertaining club members with his monthly car club newsletters until his passing. He was passionate about helping others and worked to acquire jackets for the Coats for Kids program each holiday season as well as canvassing local businesses for contributions to the Child Development and Rehabilitation Clinic. He and his wife were in the process of building their dream street rod, a 1934 Plymouth, there's a 1955 Study pick-up in the works and the daily driver is a 1929 Nash. Anyone with a rod is asked to drive their favorite to the service to honor George's memory. He is survived by wife, Virginia L. Bailey; son and daughter-in-law, Christopher and Dana Bailey, of Oregon City, Ore.; sister and brother-in-law, Vicki and Sam Butchereit, of Medford, Ore.; Virginia Bailey's son, Edward M. Teemer, of Seattle, Wash.; Virginia Bailey's daughter and son-in-law, Carey and Eric Renn; grandchildren, Natalie and Bridget Bailey, of Oregon City, Ore.; and grandchildren Raina Teemer and Caden Renn, of Seattle, Wash. Above all George was a man of integrity, a true and cherished friend and a man of his word. He was best known for his sharp wit and ever present sense of humor. All those who love George wish they'd had more time to share another story, laugh at another joke and tell him once again how much they love him. A memorial service will be held at 4:00PM June 20, 2010, at St. Mark's Episcopal Church in Medford followed by a reception. The family asks that in lieu of flowers contributions be made to the Coats for Kids program through Rogue Valley Street Rods Association. Arrangements by: Hillcrest Memorial Park & Mortuary, Medford, OR. 541-773-6162 www.hillcrestmortuary.com

The family of George Bailey created this Life Tributes page to make it easy to share your memories.

Send flowers to the Bailey family.