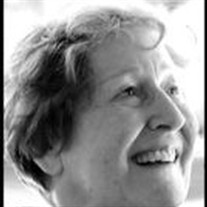 Dorothy Ann Cummings (nee Frost) Dorothy Ann Cummings (nee Frost) passed away at age 77 in her home in Medford, Ore., surrounded by her family, on the evening of Dec. 27, 2009. She will be remembered as a woman filled with love, ready to give and receive it with infinite patience. Born in Durango, Colo. in 1932, Dorothy moved to Medford, Ore. as a young child; was noted as a Job's Daughter, a Member of the Order of the Eastern Star, and graduated from Medford High School in 1950. She is survived by her husband of 35 years, Dale Cummings; her son, Gerald Doran and his wife, Shelley; their three step-daughters, Ginny Van Oeveren (and her husband Glen), Teri Turley, and Susan Cummings; her brother, Dick Frost, and his wife, Verna; her grandchildren, Keith, Marcy, and Casey Doran; step-grandchildren Jeremy Cummings, Amanda Qualls, and Kristen Hood; and eight great-grandchildren. She is preceded in death by her parents; Arthur and Rowena Frost as well as her first husband, Robert Doran. A memorial service will be held at Hillcrest Memorial Park at 2:00 p.m. on Jan. 9, 2010. Arrangements by: Hillcrest Memorial Park & Mortuary, Medford, OR. 541-773-6162 www.hillcrestmortuary.com

The family of Dorothy Cummings created this Life Tributes page to make it easy to share your memories.

Send flowers to the Cummings family.