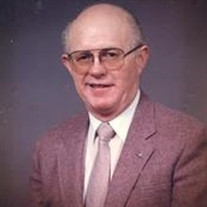 Curtis Paul Georgeson, 76, of Medford, Oregon passed peacefully on Saturday, May 7, 2011 after a long illness, at Three Rivers Convalescent Home. He was born July 13, 1934 in Tekamah, NE. to Elmer & Lillian(Pearson) Georgeson. Curt grew up in Tekemah and graduated from Tekamah High School in 1952. He served in the U.S. Army from 1954 to 1956 and graduated from the University of Nebraska in 1959. On May 18, 1980 in Lincoln, NE. he married Barbara A. Georgeson who survives. Curt worked for 31 years with the Good Year Tire & Rubber Company and retired in 1997. He was a member of the Kiwanis from 1980 to 2005. He served as a council member and later as Mayor of Waverly, NE. from 1990 to 1996. After moving to Phoenix OR., Curt, as a write-in candidate, served as a City Council Member from 1999 to 2002. Curt was proud to serve on the Board of Directors of Parents Family and Friends of Lesbian & Gays (PFLAG) in Lincoln NE., and Ashland OR. He was also on the Board of Directors of ABDIL-ELLIS Center in Ashland. He comes from a large family survived by sisters, Donna Ripley of Lincoln, NE., Arlene Long of San Diego, CA., Jan Winkelhofer of Hollywood, CA., sister-in-law Sharri Georgeson of Omaha, NE., and brother John Georgeson and wife Peggy of Omaha, NE. He was loved by many nieces and nephews. He leaves behind his wife Barb Georgeson and three children, Terry Georgeson of El Cerrito, CA., Dan Georgeson of Vancouver, WA., and Pam Johnson of Waverly, NE., six grandchildren and five great grandchildren, all remember him as a kind, loving and tolerant man. A memorial service for Oregon family & friends will be held on Friday, May 13, 2011, 3:00PM at the First Congregational United Church of Christ, 717 Siskiyou Blvd, Ashland, OR. and another for Nebraska family & friends at 1:00PM Saturday, May 21, 2011 at the 1st United Methodist Church, 14410 Folkstone, Waverly, NE 68462. Hillcrest Memorial Park & Mortuary, Medford, OR. are in care of arrangements. www.hillcrestmortuary.com Barb requests no plants or flowers please but suggests donations to the Parkinsons Resource of Oregon, 3975 Merchantile Drive, Ste 154, Lake Oswego, OR 97035

Curtis Paul Georgeson, 76, of Medford, Oregon passed peacefully on Saturday, May 7, 2011 after a long illness, at Three Rivers Convalescent Home. He was born July 13, 1934 in Tekamah, NE. to Elmer & Lillian(Pearson) Georgeson. Curt grew up in... View Obituary & Service Information

The family of Curtis Paul Georgeson created this Life Tributes page to make it easy to share your memories.

Send flowers to the Georgeson family.