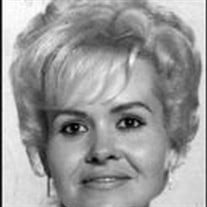 Bettie Jane Newland Bettie Jane Newland, 75, of Phoenix, Ore., passed away Saturday, Feb. 28, 2009, in Medford. A memorial service will be held Wednesday, Mar. 4, 2009, at 2:00 p.m., at Hillcrest Memorial Park Chapel. Bettie was born July 28, 1933, in Lorenzo, Texas, to Bernice and Merial Ward. She moved to the Valley 10 years ago from California. She married Jim Newland, who survives her, Oct. 20, 1967, in Cocoa Beach, Fla. She was an Executive Secretary for Aerojet General in Sacramento, Calif., then Boeing on the Apollo Launch Team in Cocoa Beach, Fla. She also worked for the Atomic Energy Commission (Aerojet Nuclear in Idaho), then for the Medford Red Lion as a controller and last, Walnut Marketing Board in Sacramento, Calif. Bettie is survived by her husband; sons, Jeffrey Newland, of Folsom, Calif., Greg Newland, of Colfax, Calif., Jim Farschon, of Colfax, Calif., and Jeffrey Farschon, of Medford, Ore.; daughters, Janice Westover, of Lewisville, Texas, and Joan Farschon, of Medford, Ore.; sister, Francis Stokes, of Australia; seven grandchildren; and four great-grandchildren. Memorial contributions may be made to the Oregon Cancer Society. Arrangements by Hillcrest Memorial Park and Mortuary, Medford, OR. 773-6162

The family of Bettie Newland created this Life Tributes page to make it easy to share your memories.

Send flowers to the Newland family.