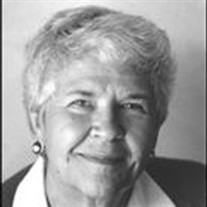 Alice Harriet Jones Rutter Long-time Ashland resident, Alice Rutter, died in her home, surrounded by her family on January 3, 2008. She was 83. Born in Buckly, Wash., on November 24, 1924, Alice moved with her family to Portland when she was a teenager and always considered herself a "native" Oregonian. She graduated from Oregon State University in Corvallis with a degree in Home Economics and then went on to earn an MS in agricultural journalism at the University of Wisconsin, Madison. In 1952, she married Dr. Thomas Rutter and moved back to Oregon in 1957, where they raised their four children. Throughout her life, Alice maintained a healthy disrespect for authority, and was active at varying levels in the areas of land use, community development, peace, feminism, freedom of the press, and human rights. In 1959, long before Oregon became a national leader in land-use planning, she chaired Jackson County's first Home Rule Commission, which developed the county's first charter. She was the first woman president of the Medford Planning Commission and was active with the League of Women Voters. In the mid 60s she held the position of community relations director for the City of Eugene. Alice led a full, rich life filled with friends and colleagues of every stripe. She traveled the four corners of the globe, had a passion for drama, art, and the written word, and never gave up on the notion of peace. A month before she died she told an interviewer that age had taught her to be more confident in her abilities and less concerned about her inabilities; to be more tolerant of other people's foibles and more aware of her own; to be more, not less curious; and to be grateful for the breadth and depth of her life. Alice is survived by her four children and their spouses, Duncan (Denise) Rutter, of Portland; Sigurd (Mary) Rutter, of Sitka, Alaska; Lincoln and (Patti) Rutter, of Blaine, Wash.; and Elizabeth (Geoffrey) Woollacott, of Ashby, Mass.; two step-grandchildren, Nicole Storm, of Portland; and Mathew Bald, of New York, N.Y.; and one step-great-grandson, Aidan Storm, of Portland. Alice leaves behind many friends and former clients whose lives she touched, and changed in often profound ways. A memorial service is planned for this spring in Ashland. Alice's family and friends have established a scholarship at Southern Oregon University in her name to benefit women re-entering college for the purpose of obtaining a counseling degree. Memorial contributions may be made to the Southern Oregon University Foundation in memory of Alice J. Rutter at 1250 Siskiyou Blvd., Ashland, OR 97520.

Alice Harriet Jones Rutter Long-time Ashland resident, Alice Rutter, died in her home, surrounded by her family on January 3, 2008. She was 83. Born in Buckly, Wash., on November 24, 1924, Alice moved with her family to Portland when she was... View Obituary & Service Information

The family of Alice Harriet Jones Rutter created this Life Tributes page to make it easy to share your memories.